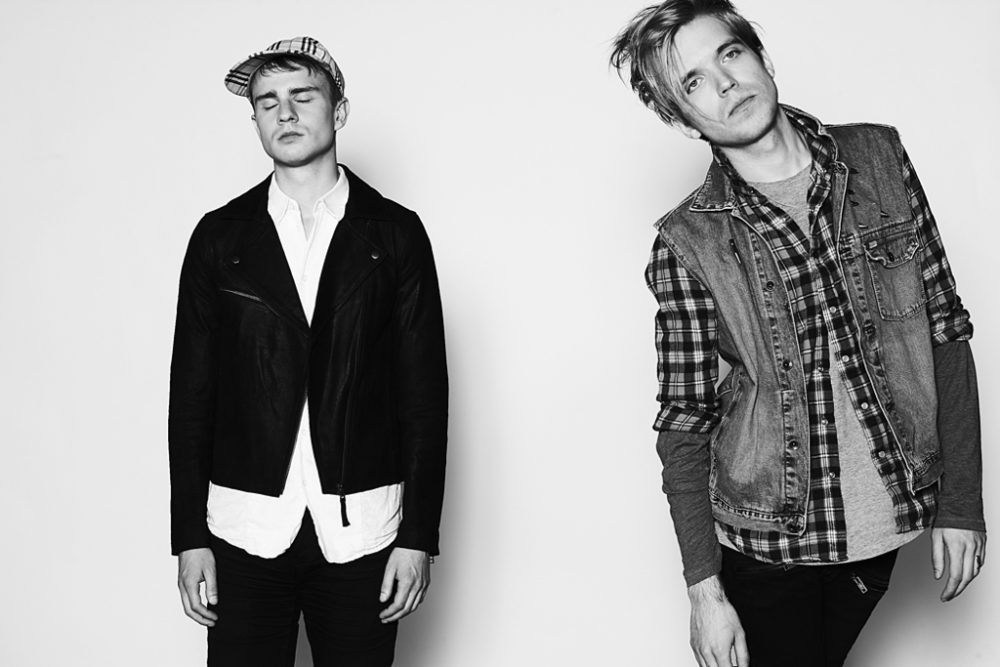 Hello Blue is Sebastian Nowacki and Jimmy-Ray Rastbäck. With electronics, guitar and sweet vocal harmonies they create a blissful and heavenly sound.

Hello Blue formed in Stockholm in the summer of 2016 after Jimmy-Ray, when contemplating the perishability of life, wrote a Facebook update about starting a rock band. Sebastian who sat bored at the other end of the city answered his plea and after a couple of hours the train picked up speed.
The rock band became a pop duo and the tristesse became sweet music.
In 2017 they released their debut single The Mall on their own label and the follow up single Concorde on the psykbunkern label.

The new single Team is a ballad about having a puff in the afternoon sun and sleeping with straight guys. Team is produced together with Mats Jönsson (RABBII), mixed by Elin Rosenberg, and comes in a cover by Mio Sallanto and Tommie X.