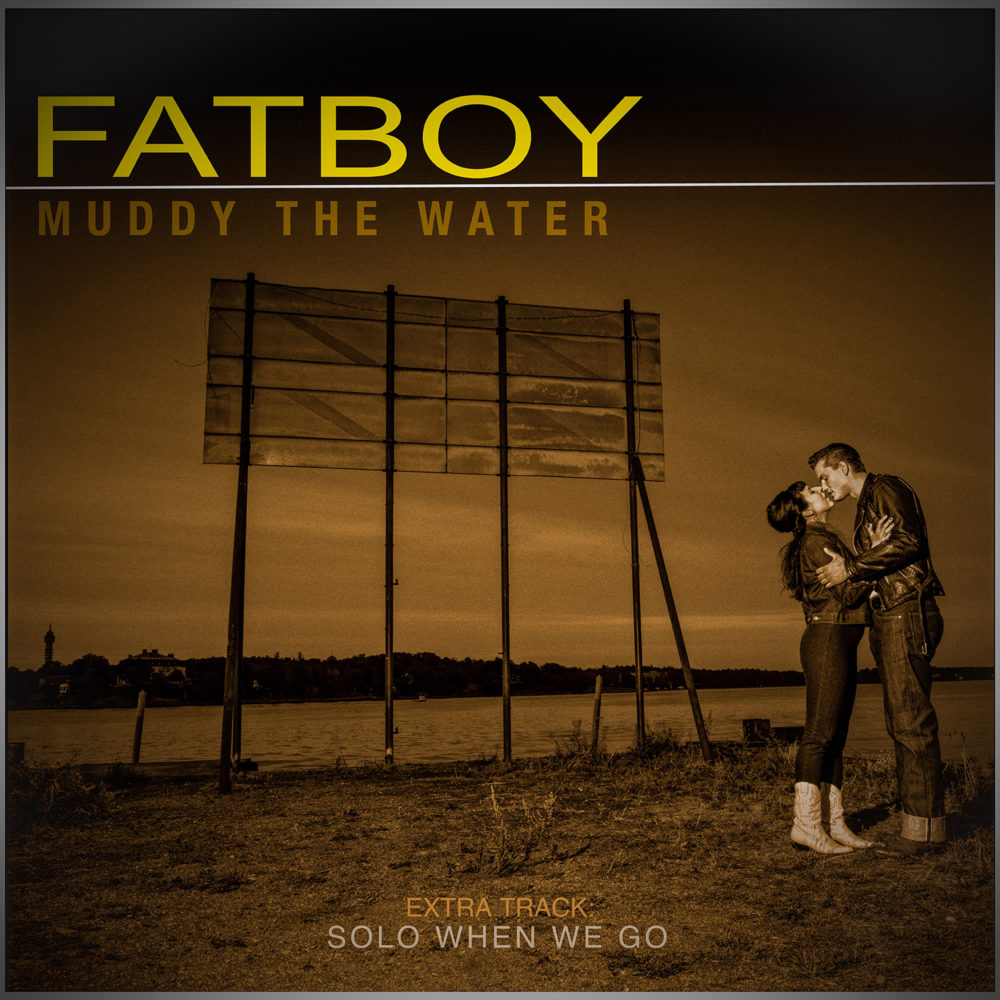 “Muddy The Water” is the third release from FATBOY’s celebrated album ”Diggin’ The Scene”.

This single takes you on a journey of hope and despair.

The song, along with the B-side ”Solo When We Go”, was recorded in Park Studios by Stefan Boman, and mastered by Sami Sirviö.

Notes from the studio:
”Back in the studio after the break up. An oddly, heavy veil is draped over the recordning, weighing everything down. All five, dressed in dark suits, are back from the funeral to nail a simple song. If the song was heavy before the break up, it’s sixteen tons heavier now. Counting in, and then dark​ ​magic takes over for three minutes​. ​We hardly remember anything afterwards, but Stefan gives us​ ​the​ ​thumbs up from the control room.”
It’s with dignity Markus, Janne, Kakan, Pegge and Hannu steps out into the sun that afternoon.
Rest In Peace Jerry (Williams).

– We​ ​shot the video this summer in Sågmyra, Dalarna County,​ ​in an old factory.​ ​The floor was covered ​in​ bird shit and dead birds, but the light was beautiful.