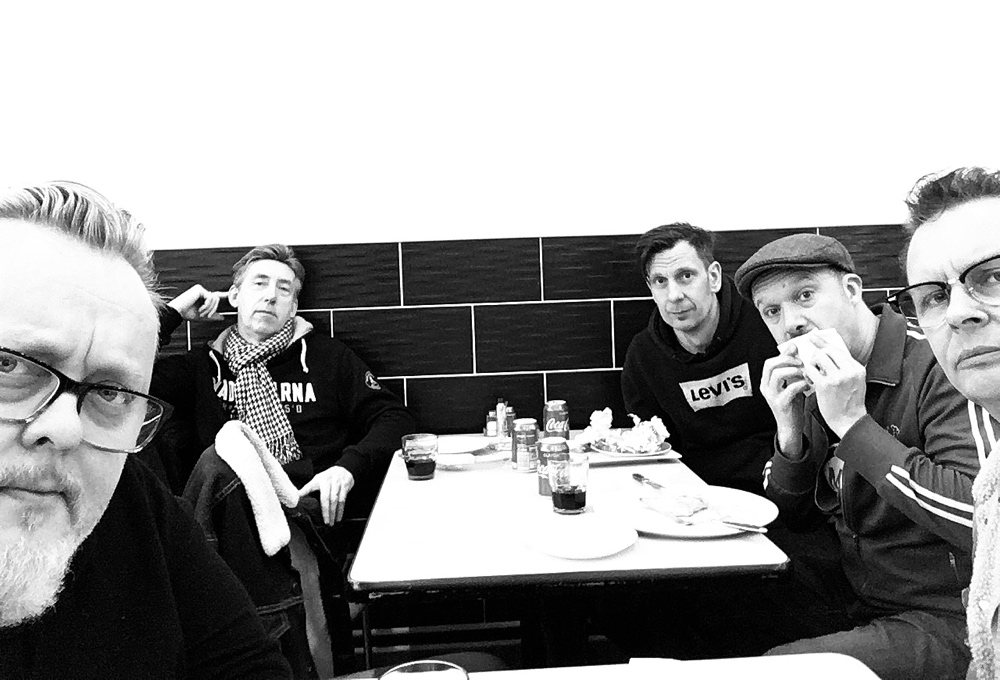 All the great bands and artist know where they come from and where they are headed, and FATBOY is a prime example of such a band. When they started out they came from bands in different music genres with an idea that they now were old enough to be able to play country music. It is not a kids game you know. They played cover versions by great country artists like Faron Young and Patsy Cline, but soon some of their own compositions started to turn up in the repertoir as well.
After playing their first own show on a party at Moderna Dansteatern they were asked to participate in Nya Pistolteaterns production of The Threepenny Opera, playing their own versions of the songs by Kurt Weill and Bertolt Brecht.
Their first record was a raw and dark rock’n’roll album called Steelhearted. Then they moved to a more versatile mood on the follow up In My Bones, on to the heavy duty engine of Overdrive. The exotic and voodoo flavoured album Love Creole even gained interrest from Hollywood personalities like Tim Burton and Quentin Tarantino. Their latest album Moments is a dark and brooding excursion into a more cinematic landscape. The red thread following the path of FATBOY is that they combine old and new music influences in the most extraordinary ways, and with no restrictions or boundaries.
After more than 25 years of playing together they still have a strong sense of moving forward and their new path has led them to a new label and a new studio where they are currently putting the finishing touches to the recordings of a forthcoming album. They have already completed the first track Mercy Mercy, and it will be out as a two track single with a FATBOY rendition of Moon Martins great track Bad News on the flipside.